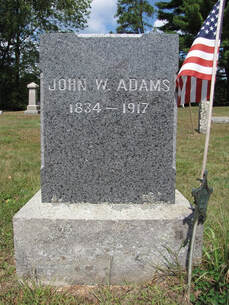 In early census records, John W worked as a merchant and a clerk in a grocery store. When he was an elder, he worked as the janitor in the local church.

Two children were born to this couple: