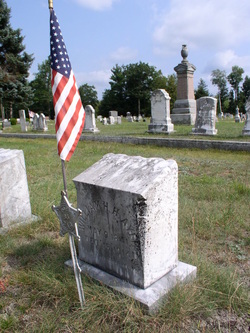 William, at times simply called Harrison, was a house carpenter as was his father. Both were listed as sleigh makers in 1870. He seems to have lived his entire life in Cornish, save for his brief time in the service. More on the Ayer family can be found in Early Families of Cornish by Robert L Taylor c1985 (pg 2-3).

Callista and William had only one child: