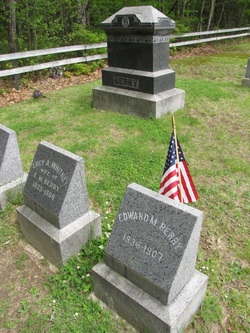 Edward was a photographer, removing from Buxton after his military service, to live first in Gray, ME, afterwards to Danville, Richmond, Quebec, and finally settled in Bridgton, Maine. He set up a photography studio there on Main Street [History of Bridgton, pg 67]. By 1900, he was retired.