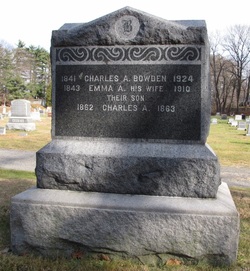 According to 1900 census data, Charles and Emily had 9 children, though only 3 were living by this time. Most of those who died early have yet to be found: