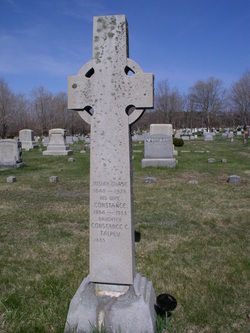 Josiah Jr was a member of the Chase family that were well established at the outlet of what is now called Chase's Pond, building mills and dams for their clothing, and later cotton manufacturing, business there. The book Handbook History of York by Edward Moody says that the Chase heirs ran a mill there for 112 consecutive years, starting in 1768. While his brothers took over the family business, Josiah moved to Portland, Maine and entered law school in 1870-1. By 1877, he was practicing law in Portland, and lived in the city until sometime after 1890, when he returned to York. He was one of the incorporators of the York Shore Water Co (or York Water Works) in 1895 and was their president. He was a member of the Maine House of Representives from 1909 to 1913 [Hndbk Hist York p104], as his father was several times in early to mid 1800's.