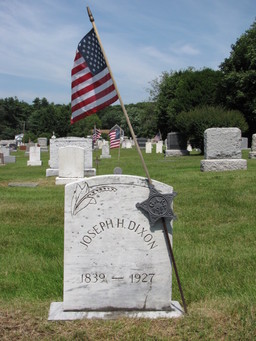 Joseph was a farmer and lived his life in Eliot. In later years he would become a notary public, and also served as Eliot's town clerk for 25 years, giving up the position in 1925 [Ports. Herald, 3/31/1925]. A member of the GAR, at one time he held the position of commander of the Parker Post (which served Kittery and Eliot).