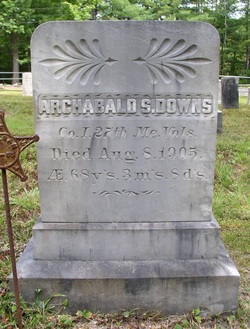 Archibald was a life-long resident of Lyman, Maine, where he was employed as a farmer.

Archibald and Susan had the following children, all born in Lyman, Maine: