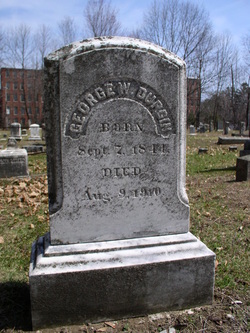 He followed the profession of his father as a harness maker (or saddler), living most of his life in South Berwick, except for a time spent in Newmarket, NH. He remained single.