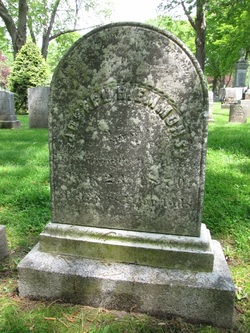 A sawyerman (lumberman) in 1860 Biddeford, Joseph and Sarah soon removed to Dagsboro Hundred, Delaware, where he was a lumber dealer. Following his death in 1870, the family returned to Maine and lived in Saco [1880 census].

They had one known child:

I. ALBERT G EMMONS, born March 1870 in Delaware [1900 census]. Returned to Saco with mother prior to 1880 census, and lived with his aunts Marianna and Hattie Gaines through the 1900 census. This record says he was married, for 5 years, but no wife was listed with him. Did not find him after 1907 street directory.