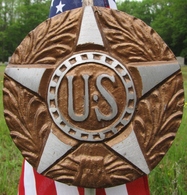 David and Ruth perhaps had at least three children. As earlier censuses do not show relationships, the two girls are not yet proven to be their children yet: