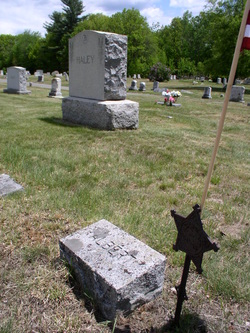 ALBERT HALEY was born in Biddeford, ME in June 1831, the son of William and Betsey (Bryant) Haley [death rec; 2nd marr rec]. He died on 12 Apr 1906 in Brockton, MA from a self-inflicted gun shot wound [MA VR]. He was buried in Woodlawn Cemetery, Biddeford.

Albert was always known as a teamster, a driver of a horse drawn truck, and worked for Trader's Express. He lived in Biddeford for many years, before moving to Old Orchard by 1886.


With first wife Susan they had three children [1900 census]: