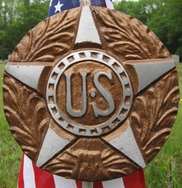 In 1850 South Berwick, Ezra was an apprentice, living in household of Abraham Gilpatrick, a neighbor to Nathaniel Hardison (perhaps the father of Ezra). He was a laborer in 1860, living in Biddeford, Maine. Following his service, he moved to Dover, NH, and was working as a watchman for Cocheco Mills Co.[1865 Dir].

There is no record of him or his widow filing for a pension.