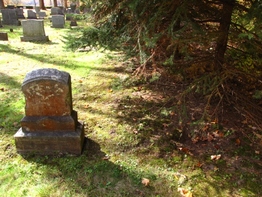 Winfield, if his birth date is correct on death record, was a few months shy of 18 years old when he enlisted. He was a farmer at that time. He then moved to Saco, Maine (after 1866), where he worked first as a teamster and ice man. By 1880, he had a grocery store on Main St (W S Hasty & Co), but left that to become the Saco city marshal, and shortly following, a deputy for the US Marshal department in Portland. He and his family moved up to Portland in 1900, where he remained until his death. In his latter years, he served as a court messenger.

Winfield was a member and an officer of the I.O.O.F., and was a charter member of the Fred Gurney GAR Post in Saco, where he served for a time as an officer. He also attended the 27th Maine Regimental Association reunions, and was a secretary/treasurer [1910 reunion report].