​John was a native of Sanford, Maine and was working as a shoemaker at the time of the Civil War. His older brothers, Joseph R. and Norris Fife Jellison, would both enlist into the service in 1861. ​Joseph did so in Massachusetts, and was in the Second MA Infantry (he would die in Philadelphia in Nov 1862 from typhoid). Norris, having earlier moved out to Ohio, enlisted with the 11th OH Light Art (he was wounded and lost his left leg to amputation). John, following his time with the 27th Maine Infantry, would reenlist on 5 Sep 1864 for 1 year, and was mustered into Co. K, 9th Maine Inf on 20 Sept. He was appointed corporal on 6 Oct, and he served until the company's discharge on 30 Jun 1865. 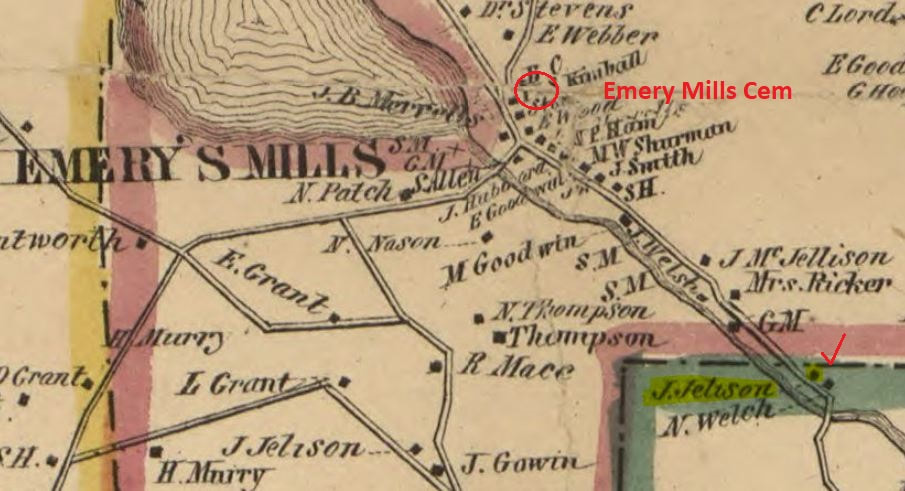