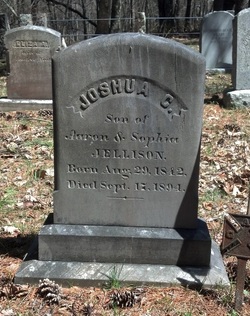 Following the Civil War, in which both Joshua and his brother William served together in the 27th Maine, he became an engineer. He removed to Great Falls (Somersworth) by 1878, working with the railroad there. In 1881, he moved to Portsmouth, engaged as an engineer with the Portsmouth Shoe Co. By 1888, he was living on Park St in Dover, NH, working for the "S M Co" (not sure which business this was) as an engineer/machinist. He is seen in the Dover street directories through 1892, returning to South Berwick prior to his death.

His widow Alma would remove to Taunton, MA in 1900, where she lived in the household of William E Knight, another former South Berwick resident. She lived there until 1903, when she moved back to South Berwick.

No records have been found showing that Joshua and Alma had any children.