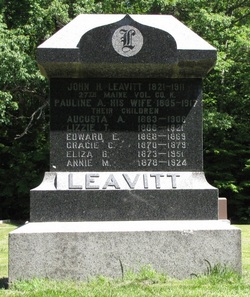 John was a farmer, and census records show him in Shapleigh his entire life.