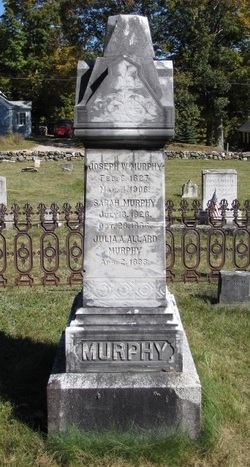 Joseph was a blacksmith and carriage manufacturer, coming to Newfield from Saco, ME sometime following the birth of daughter Alice in 1857 and the 1860 census.

By his first wife, he had the following children: