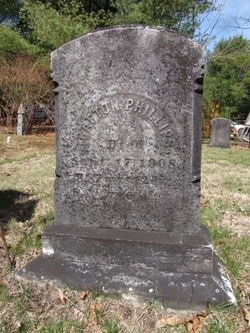 TRAFTON PHILLIPS was born in Sanford, Maine ca Sept 1821, the son of Roswell and Lydia (Brooks) Phillips. He died from old age in Wells, Maine on 21 Sept 1907 [note the date error on stone], aged 86 yrs, 7 mos [ME vr]. He was buried in the Elm Brook Cemetery in Wells.

Trafton was a farmer, growing up in Sanford, Maine (see 1856 map below). Prior to 1850, perhaps following the death of his mother in 1849, he went to Lynn, MA and lived with his sisters Elizabeth and Pamelia, but soon returned to Sanford. Following his time in the military, he moved just a short distance away to the Wells Depot, where he remained until his death.
The children of Trafton and Sarah A (Allen) Phillips: 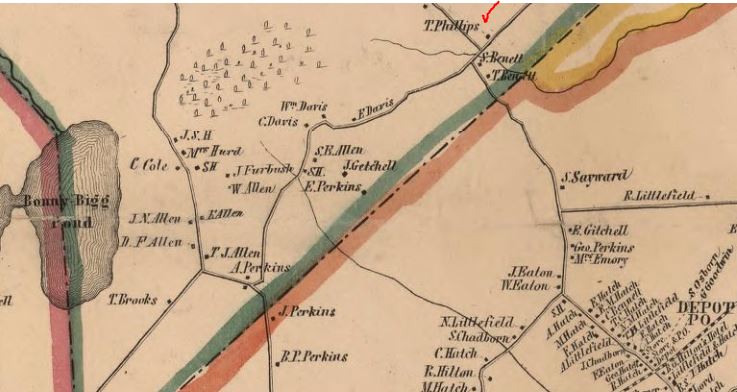 1856 map of Sanford-Wells border, showing property of "T Phillips". He would later move to the village in bottom right of map, the Wells Depot. 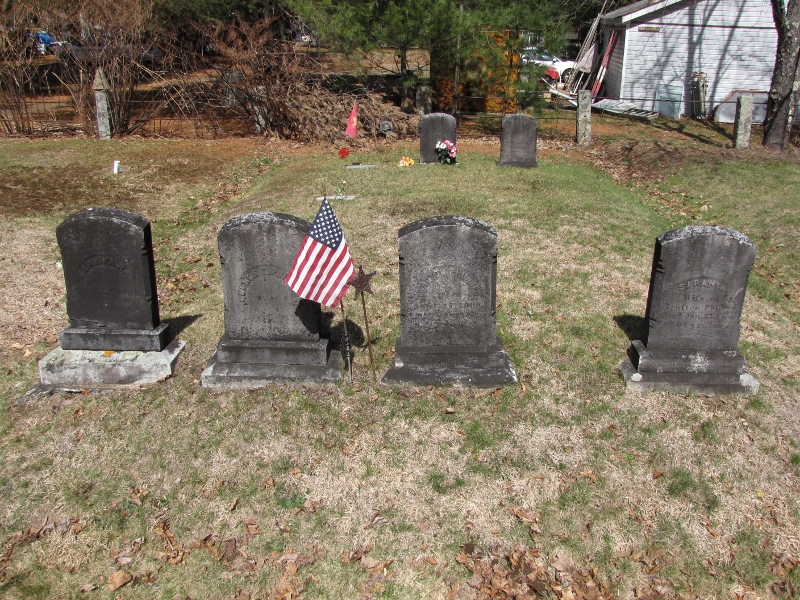