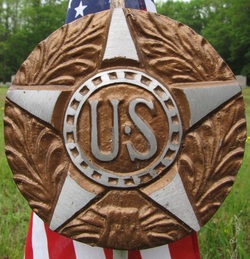 George never married. He was a farmer in Wells, Maine, living with his father and step-mother [Elizabeth Fisk, whom Samuel married on 29 Dec 1842; first wife died 14 Jan of same year] until their deaths after the 1880 census. His parents are also buried at Cole's Corner.