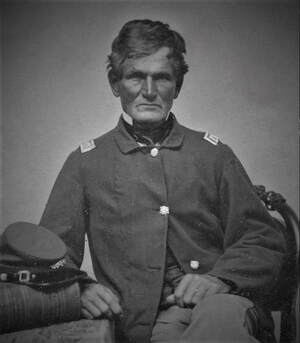 Though not yet found in 1850 census, Jeremiah and Electa may have arrived in Biddeford prior to 1849, but surely there in 1854 when daughter Mary was born. In 1860, he was worked at a livery stable, the census record listed him as age 54. His enlistment papers of Sep 1862 call him age 44, though he actually would soon turn 59 after his service began.

Jeremiah, whether alone or with his family, ended up in Lancaster, Pennsylvania by 1867, working as the superintendent for the Fulton Cotton Mill on Duke Street. According to the Lancaster Intelligencer [13 and 15 July 1867, pg 2], at 6 AM on the morning of 13 July, a boiler exploded at the mill, killing three and wounding (three mortally) many others (including pedestrians out on the street, as the boiler blew out the walls and shot 200 yards down the road). Jeremiah received injuries to both legs and an arm broken, but his wounds were mortal.

Jeremiah and Electa would have the following children: