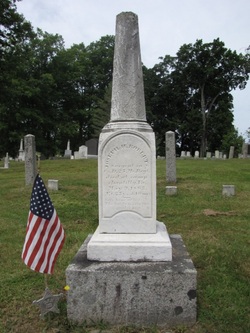 JOSEPH H ROBERTS was born about July 1836 (based on age at death) in North Berwick [Descriptive Roll], probably the son of David S and Abigail (Hall) Roberts. He died from diphtheria at the regiment's camp hospital [US Reg of Deaths] in Chantilly, Virginia on 9 May 1863, aged 25 yrs, 10 mos [grave]. His body was likely sent home, where he was buried in Mt Pleasant Cemetery, North Berwick.

Joseph was a farmer [1860 census; Descriptive Roll]. He did not marry.

On his gravestone, the inscription reads:
"Safe home at last: The battle is over, the peril is past". 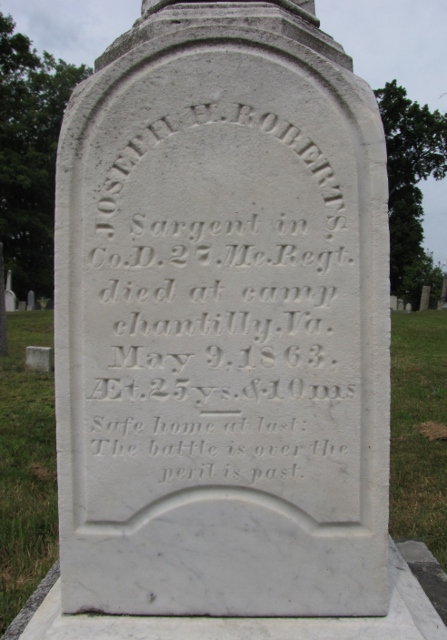