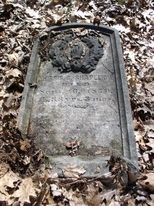 Morris was a house carpenter, and is seen living in Eliot until after the war. With brothers John (who had also served in the 27th Maine), Edwin and Jasper, he moved to Boston, MA, where they all were engaged in the carpentry trade [1870 census]. Shortly after the census was taken, Morris died, but his death was not found in MA VR, so he had perhaps returned to Eliot by then.

In Alexander Shapleigh and Some of His Descendants [NEHGR v95 p331], it was said he died without having children, ie "d.s.p.".