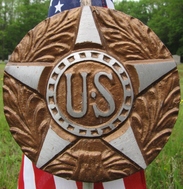 In the genealogy Alexander Shapleigh and Some of His Descendants [NEHGR v95 p272-273], the following ancestry for William is given as: William (William, Oliver, John, Dependence, John3)