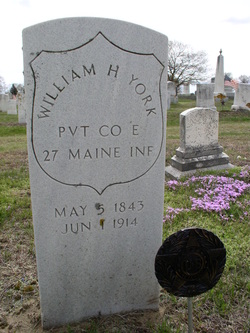 William was a life-long resident of Wells, where he was seen in records as a laborer, stone mason, and farmer [1870-1910 censuses]. The 1900 census shows wife Sarah having had six children, only two still living.