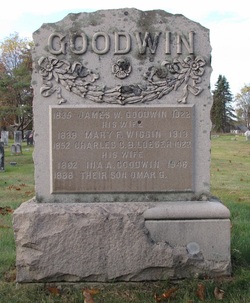 At the time of his enlistment in 1862, James was working as a clerk. During his service, he started out as an assistant wagoner to Benjamin F Davis, also of South Berwick. When Ben died near the end of December in 1862, James was promoted to Full Wagoner.

After the war, censuses show him as a farmer, living in South Berwick. By 1900, his wife Mary had moved to Lynn, MA, where their daughter Ina lived, though they still remained married.

James and Mary only had one child: