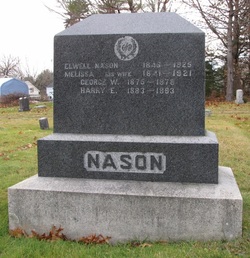 A South Berwick native, Elwell spent his life in town, working in the cotton mills, until his latter years when he did farming. His brother Luther Nason served alongside him in the 27th Maine.