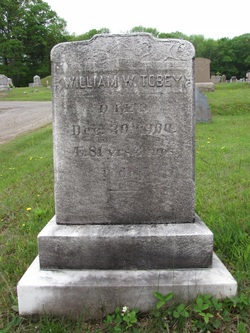 Records show that William was born in Eliot, but had moved to Kittery prior to the 1850 census. He worked as a joiner, or carpenter, a trade that ran in his family. He was the uncle of Samuel A Tobey, who also served in the 27th Maine.